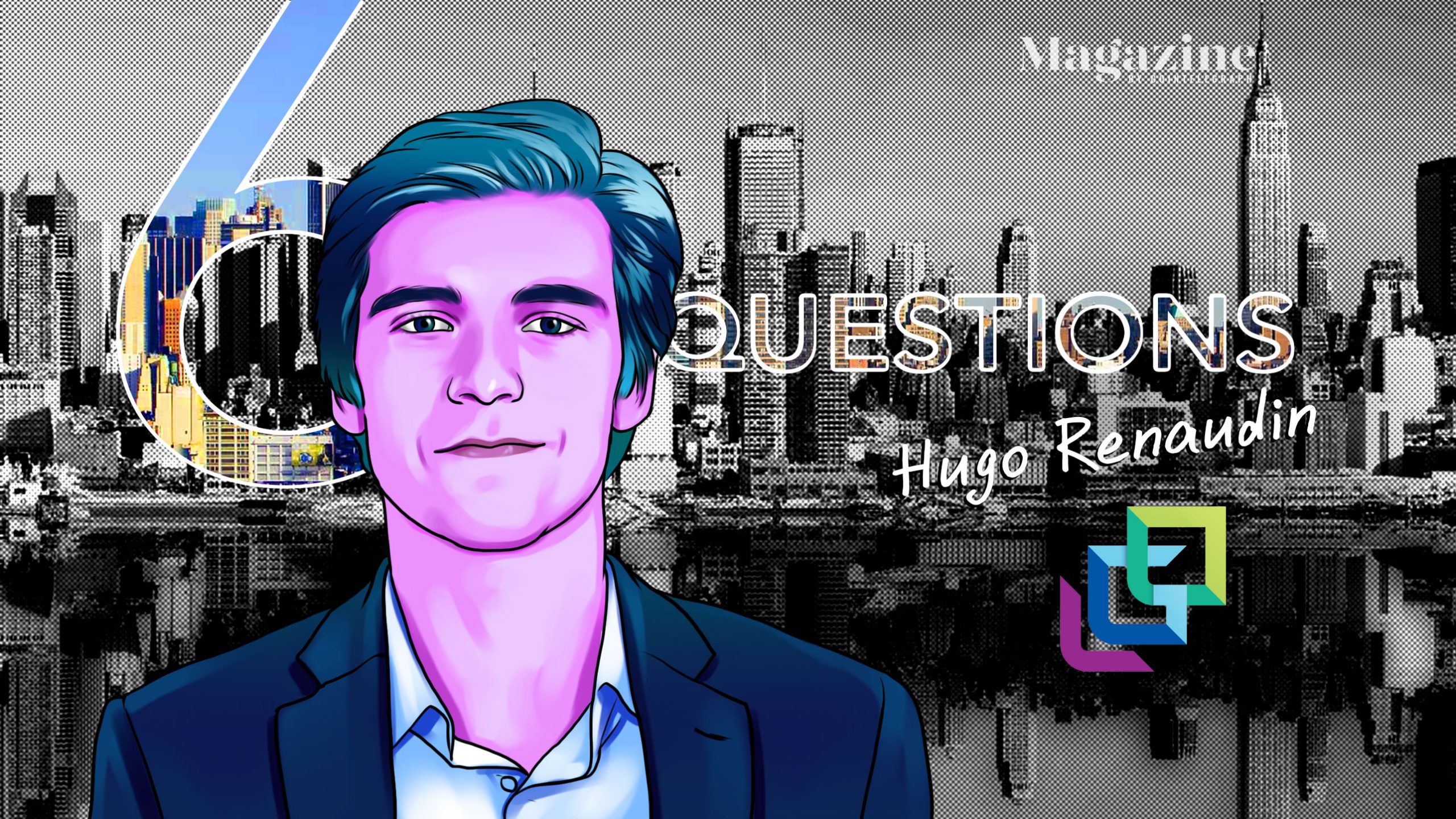 Each week we ask the buidlers in the blockchain and cryptocurrency sector for their thoughts on the industry… and we throw in a few random zingers to keep them on their toes!

This week our 6 Questions go to Hugo Renaudin, CEO and co-founder at LGO Group.

LGO is designed to be a fair and transparent digital asset exchange for institutional investors. Prior to this, Hugo worked in FX trading, equity derivatives and fund management.

1 — What has been the toughest challenge you’ve faced in our industry so far?

We created LGO before the 2017 bubble and completed our ICO in early 2018, at the peak of the bubble so we were extremely lucky during the initial phase. After some time building our technology and our product, we faced the global slowdown that most people experienced during the 2018 bear market. It was very difficult at the time to go and pitch our first clients into using our exchange because most of them were already worrying about their own business, and did not have any bandwidth to integrate with another spot exchange.

It was so difficult that we had to wait for several weeks after launch before seeing the first trade on our platform! Definitely a tough time to keep the team and our token holder community involved and motivated. We ended up growing quite well after a few months, at a point where today we’re the #1 institutional-focused Bitcoin exchange in Europe, so all’s well that ends well.

2 — Which two superpowers would you most want to have, and how would you combine them for good… or evil?

I would say the ability to go back in time, and the ability to teleport myself anywhere in the world. Being able to move across all four dimensions at once and as I want. Have breakfast in Paris in 1975 and go for a surf on Bondi Beach in 2020 in the blink of an eye. Possibilities are endless — good or evil.

The first thing I would do though would be to buy as much Bitcoin as possible as early as possible. Obviously.

3 — What’s a problem you think blockchain has a chance to solve, but hasn’t been attempted yet?

That’s a tough question because people have been quite creative so far with how blockchain can be used and I’m pretty sure most ideas have been explored. That being said, to me the most interesting problems that blockchain solve have to do with making financial markets just another technology layer.

There’s a quote that I like from Angela Strange (a general partner from a16z) who says that “every company will be a fintech company” which is more or less the blockchain equivalent of “software is eating the world” — which is another famous quote from Marc Andreessen.

I think we’ll see in the next few years the emergence of companies — especially in the DeFi space — attempting to make complex financial operations simple lines of codes. This is something we’re currently seeing with companies like Maker or Compound. But I think this trend will only increase.

There are two problems that I find particularly interesting. The first one has to do with the automation and programmability of money. By using digital assets such as stablecoins, you can actually create bots and algorithms that automate how money is sent to people and how transactions are made. I see a big impact on how people get paid, how e-commerce payments are made etc. This is a true silent revolution because the underlying operations behind payment systems are an actual nightmare of complexity.

Another interesting application of blockchain is the creation of fully protocol-based financial services. Companies providing saving account without being banks, through mere technology, a little bit like what Compound is doing. This is fascinating: anyone with an internet connection will be able to accumulate wealth, invest, pay and get paid by people around the world. Another revolution!

I don’t really have a bucket list as such, and if I had I wouldn’t discard anything as being unlikely. When there’s a will there’s a way!

I’m a big fan of music and something that I would like to do at some point which is almost impossible today because of Covid-19 would be to have a space in NYC or Brooklyn, where I live, where people can come and listen to good music. Live blues music during the day, disco during the night. Something like that. It’s not 100% figured out yet, but I’m pretty sure this will be checked off the list one day 😉

5 — When you tell people you’re in the blockchain industry, how do they react?

This has definitely changed a lot. Back in 2015, very few people actually knew about blockchain and crypto — and those that did usually thought that Bitcoin was only used by drug traffickers and money launderers, which created, let’s say, interesting conversations at the time.

It changed a bit in 2017 with the bubble and the massive interest generated for the space. I remember people thought of me as another “crypto bro” that discovered the space a month ago, which tended to annoy me a lot… These kinds of reactions lasted a while, at least until the end of 2018.

Perception is much more positive now, people are definitely interested by the space after all the noise of 2017, and most people understand what we do and think this is cool. It’s actually crazy how much this has changed since 2017. Back then, a lot of people discarded Bitcoin as an asset and blockchain as a valuable technology. Some of them have completely changed gears in a couple of years. It really makes you take a step back on people’s perception of technological change — and I guess it’s true to a certain extent for any technology, blockchain, internet, electricity…

Whether people like it or not, the world changes faster and faster.

6 — Close your eyes and think of a happy place. What do you see?

It’s more of a moment in time than a place. I would say when I moved to NYC in late 2017. I remember the energy, the buzz, the dynamism of meeting new people, seeing new things and living in the best city in the world! It was a special moment for me as well, I arrived in NYC to study for a masters degree at Columbia University but actually started working on the side for one of the biggest cryptocurrency hedge fund at the time, while starting LGO — and living the life of someone that just arrived in NYC and everything that comes with it…

I still find that in NYC to a certain extent, Covid has changed things a lot but I’m sure that New York will always be New York!